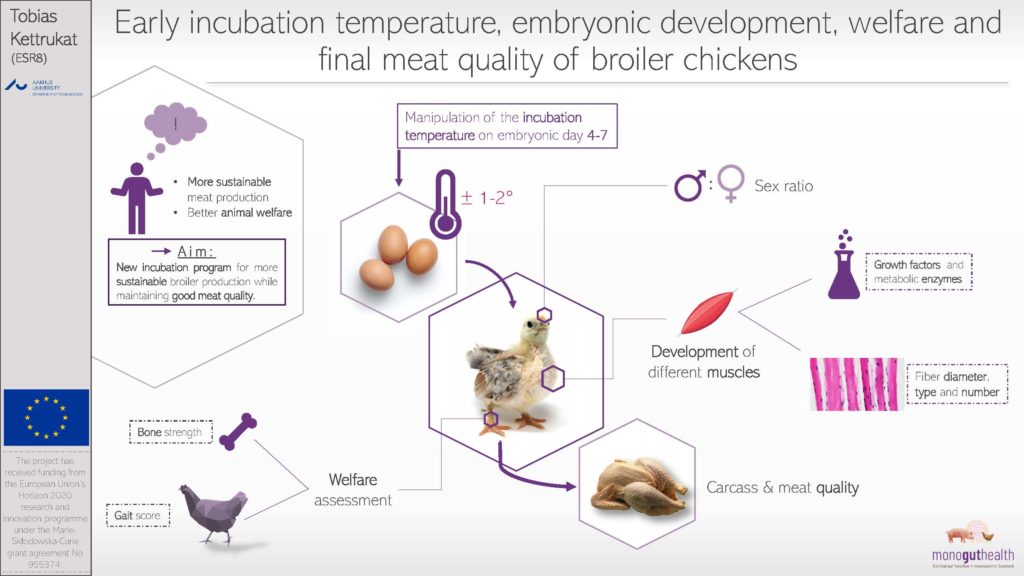 Links to other ESRs or WP

ESR8 will be enrolled at the Department of Food Science, Graduate School of Science and Technology, Aarhus University.

PrevPreviousESR7: Multicomponent antibacterial plant cocktail for better health in piglets and broilers
NextESR9: Improving the survival and growth of piglets from large litters: manipulation of colostrum and milk, and provision of supplemental milkNext

The project will identify nutritive, microbial and disease factors affecting the gut in pigs and chickens prior to birth and/or in the early neonatalRelating to newborn individual. period, and propose innovative technologies and tools to improve their resilience and sustainability.